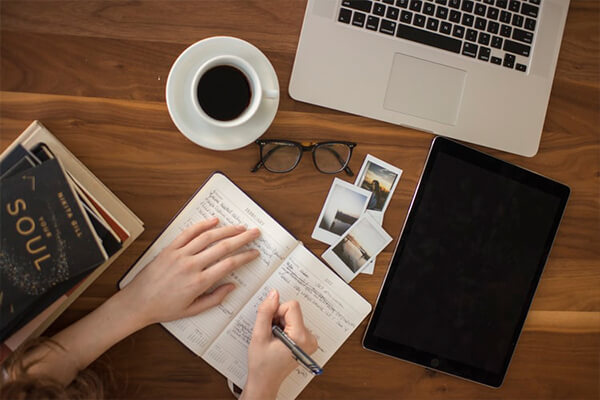 This article discusses Uniform Resource Locators (URLs), explaining what they are and how they’re structured.

With Hypertext and HTTP, URL is one of the key concepts of the Web. It is the mechanism used by browsers to retrieve any published resource on the web.

URL stands for Uniform Resource Locator. A URL is nothing more than the address of a given unique resource on the Web. In theory, each valid URL points to a unique resource. Such resources can be an HTML page, a CSS document, an image, etc. In practice, there are some exceptions, the most common being a URL pointing to a resource that no longer exists or that has moved. As the resource represented by the URL and the URL itself are handled by the Web server, it is up to the owner of the web server to carefully manage that resource and its associated URL.

Basics: anatomy of a URL

Here are some examples of URLs:

Any of those URLs can be typed into your browser’s address bar to tell it to load the associated page (resource).

A URL is composed of different parts, some mandatory and others optional. The most important parts are highlighted on the URL below (details are provided in the following sections):

Note: You might think of a URL like a regular postal mail address: the scheme represents the postal service you want to use, the domain name is the city or town, and the port is like the zip code; the path represents the building where your mail should be delivered; the parameters represent extra information such as the number of the apartment in the building; and, finally, the anchor represents the actual person to whom you’ve addressed your mail.

Note: There are some extra parts and some extra rules regarding URLs, but they are not relevant for regular users or Web developers. Don’t worry about this, you don’t need to know them to build and use fully functional URLs.

The first part of the URL is the scheme, which indicates the protocol that the browser must use to request the resource (a protocol is a set method for exchanging or transferring data around a computer network). Usually for websites the protocol is HTTPS or HTTP (its unsecured version). Addressing web pages requires one of these two, but browsers also know how to handle other schemes such as mailto: (to open a mail client), so don’t be surprised if you see other protocols.

Next follows the authority, which is separated from the scheme by the character pattern ://. If present the authority includes both the domain (e.g., www.example.com) and the port (80), separated by a colon:

#SomewhereInTheDocument is an anchor to another part of the resource itself. An anchor represents a sort of “bookmark” inside the resource, giving the browser the directions to show the content located at that “bookmarked” spot. On an HTML document, for example, the browser will scroll to the point where the anchor is defined; on a video or audio document, the browser will try to go to the time the anchor represents. It is worth noting that the part after the #, also known as the fragment identifier, is never sent to the server with the request.

How to use URLs

Any URL can be typed right inside the browser’s address bar to get to the resource behind it. But this is only the tip of the iceberg!

The HTML language makes extensive use of URLs:

Note: When specifying URLs to load resources as part of a page (such as when using the <script>, <audio>, <img>, <video>, and the like), you should generally only use HTTP and HTTPS URLs, with few exceptions (one notable one being data: as with Data URLs). Using FTP, for example, is not secure and is no longer supported by modern browsers.

Other technologies, such as CSS or JavaScript, use URLs extensively, and these are really the heart of the Web.

What we saw above is called an absolute URL, but there is also something called a relative URL. The URL standard defines both — though it uses the terms absolute URL string and relative URL string, to distinguish them from URL objects (which are in-memory representations of URLs).

Let’s examine what the distinction between absolute and relative means in the context of URLs.

The required parts of a URL depend to a great extent on the context in which the URL is used. In your browser’s address bar, a URL doesn’t have any context, so you must provide a full (or absolute) URL, like the ones we saw above. You don’t need to include the protocol (the browser uses HTTP by default) or the port (which is only required when the targeted Web server is using some unusual port), but all the other parts of the URL are necessary.

When a URL is used within a document, such as in an HTML page, things are a bit different. Because the browser already has the document’s own URL, it can use this information to fill in the missing parts of any URL available inside that document. We can differentiate between an absolute URL and a relative URL by looking only at the path part of the URL. If the path part of the URL starts with the “/” character, the browser will fetch that resource from the top root of the server, without reference to the context given by the current document.

Let’s look at some examples to make this clearer.

In this case, the browser will call that URL with the same protocol as the one used to load the document hosting that URL. Implicit domain name /en-US/docs/Learn

This is the most common use case for an absolute URL within an HTML document. The browser will use the same protocol and the same domain name as the one used to load the document hosting that URL. Note: it isn’t possible to omit the domain name without omitting the protocol as well.

To better understand the following examples, let’s assume that the URLs are called from within the document located at the following URL: https://developer.mozilla.org/en-US/docs/Learn

Because that URL does not start with /, the browser will attempt to find the document in a sub-directory of the one containing the current resource. So in this example, we really want to reach this URL: https://developer.mozilla.org/en-US/docs/Learn/Skills/Infrastructure/Understanding_URLs. Going back in the directory tree ../CSS/display

Despite their very technical flavor, URLs represent a human-readable entry point for a Web site. They can be memorized, and anyone can enter them into a browser’s address bar. People are at the core of the Web, and so it is considered best practice to build what is called semantic URLs. Semantic URLs use words with inherent meaning that can be understood by anyone, regardless of their technical know-how.

Linguistic semantics are of course irrelevant to computers. You’ve probably often seen URLs that look like mashups of random characters. But there are many advantages to creating human-readable URLs: